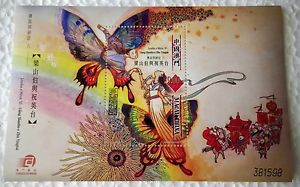 George interviews Andy about his MA research project, THE USE OF CHINESE LITERATURE AS A CULTURAL STARTING POINT TO PRESENT THE GOSPEL OF JESUS CHRIST.

Common methods of Christian evangelism present a list of facts about man’s depravity and God’s act of salvation for mankind.  These methods are problematic in today’s mostly postmodern world that does not accept absolute truths.  These methods also use terminology and concepts unknown outside of the Christian faith, furthering the difficulty of communicating the Gospel.  This research project then seeks to find a well-known piece of Chinese literature that Christians can use as a cultural starting point when presenting the Gospel in China, eliminating the problems of a facts-based presentation of the Gospel.

The Islamic creed, when spoken in faith, makes someone a Muslim.  This creed is “There is no God but Allah, and Muhammad is his messenger.”


The Qur’an, which means recitation, is the message Muhammad received from Allah.


The Injeel is the Arabic name given to what Christians call the New Testament.

From looking at the Islamic creed, one would assume that Muslims reject the Injeel (The Gospels) to be the word of God, since Muhammad is the messenger of the one and only God, Allah.
This however is not the case according to what is written in the Qur’an…
Qur’an 2:136 – “Say ye: ‘We believe in Allah, and the revelation given to us, and to Abraham, Isma’il, Isaac, Jacob, and the Tribes, and that given to Moses and Jesus, and that given to prophets from their Lord: We make no difference between one and another of them: And we bow to Allah.”
Qur’an 3:2-3 – “God!  There is no god but He, – the Living, the Self-Subsisting, Eternal.  It is He who sent down to thee, in truth, the Book, confirming what went before it; and He sent down the Law of Moses and the Gospel of Jesus.”
Qur’an 5:82 –“You will surely find the most intense of the people in animosity toward the believers [to be] the Jews and those who associate others with Allah ; and you will find the nearest of them in affection to the believers those who say, “We are Christians.” That is because among them are priests and monks and because they are not arrogant.”
Qur’an 5:46-47 “And We sent, following in their footsteps, Jesus, the son of Mary, confirming that which came before him in the Torah; and We gave him the Gospel, in which was guidance and light and confirming that which preceded it of the Torah as guidance and instruction for the righteous. And let the People of the Gospel judge by what Allah has revealed therein. And whoever does not judge by what Allah has revealed – then it is those who are the defiantly disobedient.”

The Qur’an clearly defines the Injeel (Gospels) to be the word of Allah.  Muslims teach that Jesus was a prophet of Allah.  If you ask if a prophet speaks the word of God, they would say yes.  Clearly, this brings up a problem because the Injeel records Jesus referring to himself as God and his followers teaching others that he is God.
So how do Muslims get around this contradiction, especially since the Injeel, confirmed by Muhammad to be the revelation of Allah, came before the the Qur’an?Muslims claim that the Injeel has been corrupted, which is why Allah sent his word to Muhammad.

I will post different responses a Christian can provide to Muslim claims that the Injeel has been corrupted over the next couple of weeks.