Or Listen in iTunes!

In Episode 83 of Reconnect, Wes and Andy kick around some thoughts on a list of spiritual conversation starters compiled by Southern Nazarene University.  To frame the discussion of this list of questions, they use three evaluation points for evangelism conversation starters as laid out and described by J. Warner Wallace in his article, “The Best Question To Ask When Starting A Conversation About God?”: Diagnostic, Disarming, and Directed.  In other words, does the question let us know what the other person believes when he answers the question (Diagnostic), is the question easily received and doesn’t cause the person to put his guard up and make him want to flee the conversation (Disarming), and is it a question that has a trajectory set on sharing the Gospel of Jesus Christ (Directed)?

J. Warner Wallace’s “The Best Question To Ask When Starting A Conversation About God”

Or listen in iTunes!

David Pratt has been a Lutheran high school teacher for twelve years.  In his theology classes, no matter the course title, he constantly sprinkles apologetics into the lesson plans.  After listening to episodes 22 and 29 of Reconnect, which both explained and critiqued the use of various approaches to Apologetics, he had a lot of feedback to provide.  In this episode, David shares his commentary on those episodes, correcting what he thought was not always an accurate depiction of presupositional apologetics in those episodes.  Hopefully, you’ll learn as much from his feedback as I did.  His explanation and use of presuppositional apologetics has certainly given me a much better understanding of the usefulness and tactful approach to take with presuppositional arguments for the purpose of sharing both the Law and Gospel of God’s Word.   – Andy Wrasman

Episode 29: What’s up with Presup? with Andy and Ben

Or listen in iTunes.

Christian apologists typically favor a specific approach to defending the Christian faith. These approaches, or methods, are numerous and each school of apologetics touts its top apologists as the best models to follow when training in apologetics. It’s not uncommon to see advocates for certain schools of apologetics debate why their chosen method is superior. J. Warner Wallace however argues that we don’t need to argue over which method is the best, but instead says we need to embrace and train in all of these various schools of apologetics. He calls this training in Mixed Martial Apologetics! 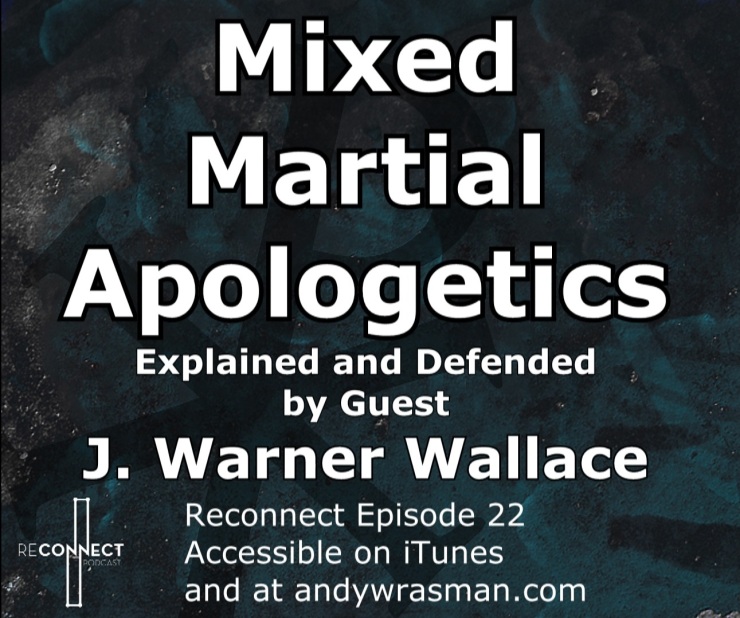 Andy asks Wallace to name and explain some of the branches of Christian apologetics and when he thinks they are best utilized. Andy closes by sharing arguments he has heard against such a mix-bag approach to apologetics, asking Wallace to make a case for Mixed Martial Apologetics.

J. Warner Wallace is the author of Cold-Case Christianity and God’s Crime Scene. Wallace’s many resources for training in Mixed Martial Apologetics are available at his site, coldcasechristianity.com.

“What is Apologetics” by Andy Wrasman

J. Warner Wallace articles on Apologetics from his Blog