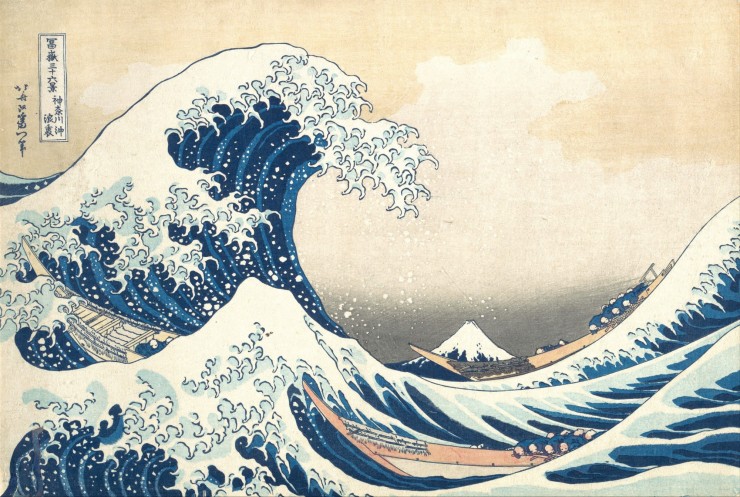 First, we see that God is Lord over all.  This is seen in Psalm 29:3: “The voice of the Lord is over the waters; the God of glory thunders, the Lord, over many waters.” He is over the waters, because he made them.  As their creator, he owns them.  (Psalm 95:5) Psalm 93:3 depicts flooding waters in anthropomorphic terms, referring to the raging floods and lifting up their voices, their roaring voices. Psalm 93:4 however proclaims that the Lord is higher in might than the raging flood waters, exclaiming that God is “Mightier than the thunders of many waters, mightier than the waves of the sea.”  Going back to Psalm 29, verse 10 states, “The Lord is enthroned over the flood; the Lord sits enthroned as king forever.”  The flood is the Flood of Genesis 6-9. This shows that God is sovereign in judgement against evil.  Despite the destruction that comes from the raging waters – the Lord sits enthroned over the flood.

Second, God is Lord over all the earth.  Psalm 47:2 calls God “a great king over all the earth.” Later in the psalm, in verse 7, this kingship is repeated with the words, “God is the King of all the earth.”  The most intimidating land feature due to its sheer height and difficulty to cross is likely the mountains of the earth, yet before the Lord, Psalm 97:5 says, “The mountains melt like wax before the Lord.”  In the same way that God is Lord over the waters due to his status as their creator, so too the Lord is over the earth because “his hands formed the dry land” (Psalm 95:5).

Third, God is Lord over all the nations.  Psalm 47:8-9 says, “God reigns over the nations; God is seated on his holy throne.  The nobles of the nations assemble as the people of the God of Abraham, for the kings of the earth belong to God; he is greatly exalted.”  Just as the waters and the lands belong to God, Palm 47:10 reveals that “the kings of the earth belong to God” too.  Though these psalms do not state it, it’s clear from the rest of Scripture that the kings and the nobles of the nations belong to God – in fact all people belong to God – because God is the creator of us all; we are all his creatures.  Though in many times and in many places the rulers of this world wield much power and authority over the lives of their subjects, Psalm 99:2 makes it clear that the Lord “is exalted over all the nations.”

Fourth, God is Lord over all gods.  In this world, there are many gods that even kings will bow down to and submit their authority.  Above the waters, above the mountains, there are the heavens, where in various ways the gods of men have been envisioned to dwell – sometimes more often perceived to be present in a spiritual realm animating our physical realm or dwelling in another dimension outside our senses, yet able to impact our plain of existence.  These gods however are “worthless idols” according to Psalm 96:5, because “the Lord made the heavens.”  He is above all that we can conceive and above all the idols that men fear, love, and trust above God: careers, love, money, family, comfort, pleasures, entertainment, food, success, power, sex, and fame, and the list could go on and on.  God is Lord over all these so-called gods, because as Psalm 95:3 proclaims, “The Lord is a great God, and a great king above all gods.”

Fifth, God has a coming judgment over all.  Both Psalm 96:13 and Psalm 98:9 reveal that “he comes to judge the earth.”  As before his judgment upon all the earth and flesh came through the Flood, this coming judgment will descend through fire.  Psalm 97:3-5 depicts this judgment and its totality as follows: “Fire goes before him and burns up his adversaries all around.  His lightenings light up the world; the earth sees and trembles.  The mountains melt like wax before the Lord, before the Lord of all the earth.”

Sixth, God is righteous and just in his coming judgment.  Though to us it might seem as unjust for God to allow evil to persist in our day and age, and we likely even think that his coming judgment is too harsh when it does come – for God to scorch all his enemies and to cause even the mountains to melt seems a bit extreme – we should be reminded of the words of the prophet Isaiah that parallel the language of these Royal Psalms of God’s kingship: “For my thoughts are not your thoughts, neither are your ways my ways, declares the Lord.  For as the heavens are higher than the earth, so are my ways higher than your ways and my thoughts than your thoughts” (Isaiah 55:8-9).  Above all is the Lord and his coming judgment will come “with equity,” “in righteousness,” and “in faithfulness” (Psalm 96:10,13).  This is the type of judgment we should expect from God, when we grasp the reality of Psalm 97:2 that “righteousness and justice are the foundation of his throne.”  Psalm 99:4 tells us this nature of his coming judgment, as well, “The King is mighty, he loves justice— you have established equity; in Jacob you have done what is just and right.” 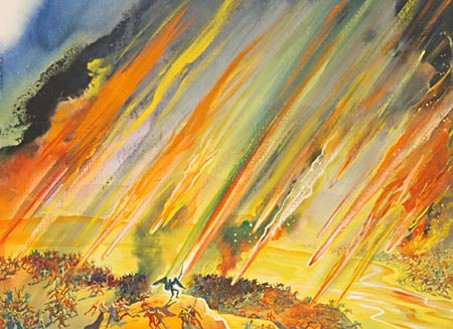 Seventh, God’s enemies will face God’s wrath at his coming judgement.  In support of this description of what to expect from God’s kingship, I’ve already quoted Psalm 97:3 that declares, “Fire goes before him and burns up his adversaries all around.”  This psalm gives insight into who these adversaries are; they are all of those who do not worship him as Lord of all.  Psalm 97:7 warns, “All worshipers of images are put to shame, who make their boast in worthless idols; worship him, all you gods!”

Eighth, God’s people will receive his peace, strength, blessing, and protection. Psalm 29:11 says, “May the Lord give strength to his people!  May the Lord bless his people with peace!”  Psalm 95:6-7 remind us of previous points of God’s kingship, that he is our maker and God, and as such, we are given the comforting image that “his people we are occupants of his pasture.”  Being the people of his pasture, we have the Lord’s blessing and protection, and in response Psalm 99:3 tells us the response of his people: “Zion hears and is glad, and the daughters of Judah rejoice, because of your judgments, O Lord.”

Sing to the Lord a new song, for he has done marvelous things; his right hand and his holy arm have worked salvation for him.  The Lord has made his salvation known and revealed his righteousness to the nations.  He has remembered his love and his faithfulness to Israel; all the ends of the earth have seen the salvation of our God.

As God’s people sitting on the right-side of the timeline of Jesus of Nazareth’s death and resurrection, we understand that Jesus is the right hand of the Lord who has worked this salvation:

For in him all the fullness of God was pleased to dwell, and through him to reconcile to himself all things, whether on earth or in heaven, making peace by the blood of his cross. (Colossians 1:19-20)

Tenth, the proper response to the royal reign of God is for all to praise him.  Psalm 47:1 gives the following exhortation: “Clap your hands, all peoples! Shout to God with loud songs of joy!”  The Psalm also exhorts, “Sing praises to God, sing praises! Sing praises to our King, sing praises! For God is the King of all the earth; sing praises with a psalm! (verses 6 and 7).  Psalm 95:7 gives the following invitation: “Oh come, let us worship and bow down; let us kneel before the Lord, our Maker!” Finally, Psalm 98:4 exclaims, “Shout for joy to the Lord, all the earth.”

These Royal Psalms of God’s kingship make it abundantly clear that the Lord is over all things – all other gods are worthless!  God alone made everything that exists.  His creation is not able to be moved.  The proper response of creation is to worship the Creator.  Those who don’t will be judged – they will be moved (removed) by their Creator.

All glory and laud be to the Lord, our King, forever, and ever.  Amen.

Please visit my website, Contradict Movement, for more resources and products that can be used as evangelistic conversation starters.