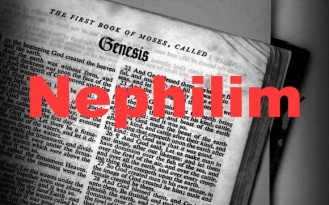 believers who married female nonbelievers and that the nonbelieving wives led the believing husbands away from the Lord, which led to humanity turning our eyes from God to seeking after the Nephilim, who were not half-breeds but simply great men of renown that everyone idolized, except of course for Noah and his family.  This topic came up in episode 4, Jesus vs. Zeus, so it’s being addressed in more detail this week. The topic of who the sons of God are arises quite a bit within video game storylines, as well as amongst Ancient Alien theorists and within certain Christian denominations, so the topic is good to be aware of no matter which side of the argument you land.  Both Jay and Andy agree that all Christians should strive to bring all discussions of the Nephilim to the point of sharing the Gospel of Jesus Christ.